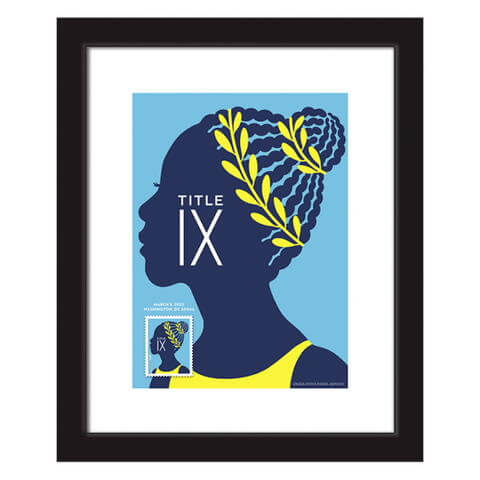 Today marks the 50th anniversary of Title IX, the federal law designed to ensure gender equity in education programs and activities receiving federal funding, and to protect students – as well as faculty and staff – from sex or gender-based discrimination. Title IX was signed into law by President Richard Nixon on June 13, 1972, and was developed and shepherded through Congress in large part by Rep. Patsy Mink, a Democrat from Hawaii and the first woman of color elected to the U.S. House of Representatives.

The Title IX statute is one sentence (or 37 words) long, and states:

“No person in the United States shall, on the basis of sex, be excluded from participation in, be denied the benefits of, or be subjected to discrimination under any education program or activity receiving Federal financial assistance.”

To help ensure that all members of our community can learn, live, and work in an environment free from sex and gender-based discrimination, harassment, and violence, with fair and equitable access to university programs, activities, and resources, regardless of sex, gender, gender identity, gender expression, sexual orientation, or pregnancy, Howard University established the Title IX Office; Policy Prohibiting Sex and Gender-Based Discrimination, Sexual Misconduct and Retaliation (aka, the Title IX Policy); the Interpersonal Violence Prevention Program (IVPP); and a range of resources for reporting, confidential support services, advocacy, and education.

In the months leading up to this important anniversary, Howard University has marked the occasion by leading and participating in several public conversations focused on the past, present, and future of Title IX, including:

Learn more about the history and impact of Title IX through the Associated Press’ EXPLAINER: What is Title IX and what impact has it had?

Office of the Provost